Your Guide To Understanding Medical Malpractice

The Importance Of Choosing The Right Lawyer 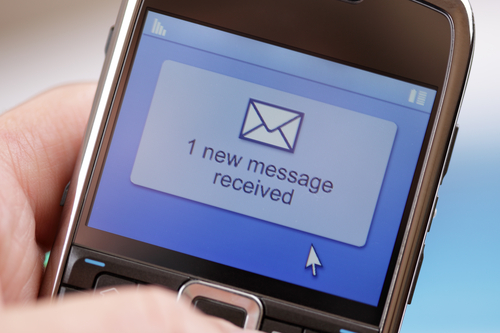 The ESI or electronically stored information, can be used in an actual court of law, however it faces several hurdles under the regulations governing evidence.

The ESI evidence includes text messages, chart room conversations, emails, and websites among other digital postings. For ESI evidence to be admitted in small claims court, it must pass the following steps:
· Is the text message evidence relevant?
· Can your evidence pass the test of authenticity
· Is it hearsay?

Your text message must pass each and every step. Failure to pass any of the tests means it’ll be rejected. Proving relevance of your evidence poses a simple challenge. However, meeting its authenticity requirement raises bigger questions. Establishing the sender’s identity is key to satisfying authentication requirement for admissibility. Proving that the message came from a cell phone belonging to a given person is not enough. Cell phones aren’t always used by the owner only. Generally small claims courts require more evidence that confirm the identity of the person texting. Circumstantial evidence that corroborates the identity of the sender may include the content or context of the message themselves. Text messages may be admissible in smaller court claims where not more than $10000 is involved. Here, the rules of evidence are not very strict and nearly any evidence presented before the court is likely to be accepted by the judge.

Although the rules of evidence only apply in smaller claims actions (suits claiming not more than $10,000), however a judge may decide to give whatever weight he wishes to the evidence you have produced. If possible, print the text messages, but you must also bring the cell phone so as to directly show the judge the phone where the text came from, and also to prove that the defendant’s number matches the text message, just in case the defendant claim that the printed records were made up. Often the easy part is making judgment. As soon as you have it, you need to try to collect. The forms for filling wage garnishment on employer for the debt and also the one for filling writ of garnishment on nearly any bank where your debtor is an account holder are available in small claim s courts.

As soon as you have the judgment, you need to serve the employer and or the bank with appropriate writs, copies of the mail to your debtor, and file with court proof service on all the parties (including the employer and the bank). If one month passes without anyone filing objections or until after any filed objections are ruled on, then file a request to have the claim court enter judgment on writ of garnishment, as well as for the release of funds garnished. Then you will receive your money. If you don’t know where your debtor works or his bank, you can have him served with a notice to appear at the courthouse to answer queries under oath (Oral examination) before a court judge, responding to your questions as to where he works and his bank. You may also demand that he brings with him his most recent bank statements and pay stubs, so you may note down the information you require filling in writs of garnishment forms.

Here is how to authenticate your text messages
The main evidentiary for judge is determined whether the message was genuinely write by the defendant. Authenticating the text messages’ source is the only sure way of overcome this barrier.

Figuring How Overcome Hearsay Issue’s.
Having your text admitted evidence when it constitutes hearsay statement. Recently a prosecutor had to learn this the hard way after a drug conviction was overturned over a hearsay message (and the message wasn’t authenticated either). The most important questions: What are you trying to prove with these text message? If you wish to use court settlement the messages as evidences, and want court accept the statement are true, then the text message evidence will most likely considered hearsay evidences. In this case, the message can get in as evidences if only it fits within a hearsay exceptions. These rule’s can get really tricky.

Hearsay Rule and Electronically Stored Information
By nature text messages and other electronically stored information are hearsay. The rule of hearsay blocks admission of out-of-court settlement offered to verify truth of the matter at issue. However, court rules which do vary from jurisdiction to jurisdiction are full of definitions and exceptions of “non hearsay”.

Texts and Best Evidence Rule
Electronically stored information itself presents its own fare share of challenges in passing best evidence rule’ or original writing rule’. In essence, rules requiring introduction of original, duplicate original or secondary evidence proving the version presented before the court is reliable. The last test requires that probative value of the text message evidence not be outweighed by the considerations including confusion of issues, unfair prejudice or needless tabling of cumulative evidence.

ESI and Texts as Evidence
At times the challenges aren’t as overwhelming as they appear. Sometimes, the court can address all the steps of the process in less than ten minutes and admit several text messages. However, I know of a magistrate, who wrote a hundred and one page decisions detailing thoroughly the above process, and rejecting some text messages.

Conclusion
Can text messages be used in small claims court? The answer is yes. Text messages have been used in courts to prove several different things. So ensure you print the messages before presenting them before then court to be used as evidence.