What Does An Estate Planning Attorney Do?

When Do You Need A Lawyer?

What You Need To Know About Defamation Law 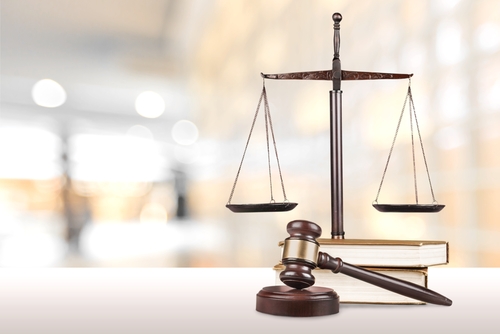 Defamation includes the false statement that can harm the reputation of an individual, company, product or whole nation. The statement must be completely false, and it has to be given by someone other than the party that is being defamed. There is a difference between spoken defamation, which is called slander, and defamation given in some other form, which is called libel.

The basic difference between libel and slander consists only of the form in which the statement has been given. If this statement is given as a spoken word, sign language or gesture, then the defamation is called slander. If it is given in some other media, for example in the form of a picture or a video, then it is called libel. The laws that deal with defamation in Singapore are Defamation Act and Penal Code.

Singaporean courts do not give severe punishments for the act of defamation. However, if the defamation has happened in the circle of journalism, it is not only author that can get into trouble, but also the editor, and even vendor and printer. This is not a very positive situation for a Singaporean journalism since it is limiting the freedom of speech among many other similar laws.

Exceptions
In the Singaporean Penal Code, under the Article 499 there are some exceptions that may exclude defamation:
If the imputation of the information concerns the public good, then this should be published or made.
If someone is expressing an opinion while respecting the conduct of the person concerning discharge of the public functions, or respecting his personality, this is also not an act of defamation.
If someone is publishing a true report of a procession of the court of justice or Parliament, then this also is not the act of defamation.
To sum it up, Singaporean defamation law is directed to all those cases where some statement of a person or institution is proven to be false. In cases where this statement is given as the criticism with good intention, and where it is underpinned by arguments, the defamation law will not react.

Requirements
If a person or institution wants to sue someone for an act of defamation, four things must be fulfilled:
The suing party must obtain the accurate false statement that will support the case and the facts.
A publication or a sample of communication of the statement to a third person.
The party must prove why this statement is false
The party must also show the damages that this statement has made.
However, if the libel is in question, the party does not have to prove any damage that this statement has made to his reputation. This is not a case with slender-type of defamation, where the party has to show the damage and to prove the falseness of the statement.

The nature of the defamation –
The Court of Law tends to discover every detail of this act so the right punishment should be provided.

The standing of both parties –
The reputation and the nature of both parties are also one of the main factors in this decision.
The details about publication of the false statement – The Court of Law is analyzing the way that the statement has reached the third party

There are two types of damages that can be made to the plaintiff. The first one is called general damage. If this damage has been proved right, then the plaintiff must be compensated for the effects of the false statement. In many cases, the plaintiff is being rewarded with some amount of money as a compensation for the damage. The other types of damages are exemplary damages, and they are referring to the particular area of function, where the plaintiff has faced the damages.

Unintentional defamation
There can be a situation where defamation has been made unintentionally. If this happens, the person that has made the false statement must make an amendment for this mistake. The plaintiff must accept this offer, and in that case, no proceedings for defamation will be taken.

However, if this offer is not accepted by the plaintiff, then the whole process will be continued unless there is another offer that can be accepted. If this is the case then the person that has made the defamation act must publicly apologize for this mistake.

Defamation law of Singapore recognizes two types of defamation: libel and slander. Every public mean of information is under this law, and this can create difficulties in the work of media. If the statement is based on valuable arguments, then it is not the act of defamation. The punishment for the party that has made the defamation is being given according to the nature of defamation and the damage that it has made to the plaintiff.