What Are The Benefits Of Hiring A Lawyer?

6 Ways Our Lawyer Can Help You With Copyright Issue 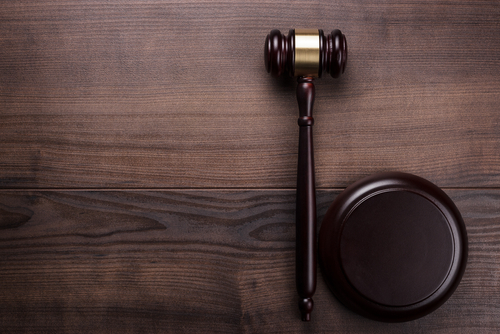 The job description between a lawyer and a paralegal are actually more different from one another than many might think. Certainly they both operate the same when it comes to researching and the preparation of various legal documents. However, a paralegal duties are centered around getting the lawyer’s case properly assembled with the writing reports and the important facts it will need to better the chances of a victory. One thing that they both have in common is that they typically work for extended periods of time and even have to sacrifice time with their friends and families in order to do so. Overtime pay is absolutely fantastic though, and by giving your time to such a prestigious industry, only great compensations await. A considerable difference between what a paralegal does and what a lawyer does takes place in the courtroom because that is where the lawyer takes center stage to plead the case and what the paralegal prepares for them. If you want to be a lawyer, you need to be able to face different types of pressure and a certain amount of scrutiny that paralegals never have to deal with. Not by any means though, is a paralegal’s job without stress and as a matter of fact, there are particular aspects of the job, that if they were to make any errors, an impactful mistake could very well occur. Many mistakes can be waived due to the fact that they typically have a supervisor there to oversee their duties and make certain that they do not make vital mistakes.

Great Compensation in the Field of Law
One specific thing that is great about being a lawyer is that they get well compensated, which of course is a fact they many people are already aware. Because they make a great living and the job can actually be compelling at various times, it is a career that is highly competitive. As a matter of fact, it is such a coveted position that it happens be one of the most pivotal within the aspirations of countless people.

Paralegals also get compensated well, but obviously not as well a lawyers but when you ponder over how much more a lawyer takes on compared to them, it deserves a hike in the salary. These days though, law firms tend to lean towards lowering their overall expenses, so paralegals and even contact lawyers have been receiving pay-cuts to meet company demands. hiring quality employees should help improve the flow of things in the field. Also, lowering expenses due to how many graduates have been flowing in the industry, it has actually forced several would-be lawyers to take on jobs as paralegals until they find the lawyer position that they deserve.

The Education
Between the two careers, lawyers must give a lot more of their time and money, in regards to education and training. For the most part, lawyers will typically spend about seven years in school. Paralegals have to receive only a 2-year degree, which obviously is a considerable difference. For the majority, being a paralegal is much more accessible and that is why the career is more populated than that of being a lawyer.

Directly after the time that lawyers are through with earning their Bachelor’s degree, they will then need to take a an official admission test for the law school that they want to attend. It is an aspect of the application process and even though an individual may pass the test, they are not always accepted into the school. A factoid that many people and aspiring lawyers have no idea of is that the rate of acceptance for some schools can be as low as 25%. That fact alone states just how over-populated the law industry is and the desire to become a successful lawyer or paralegal.


Select Schools with Precision and Care
Even after students go through the undergraduate program, more steps are ahead of them as the process continues to pose its challenges. Unfortunately, several students tend to lose their way because of the complications and stresses. A recent report claimed that many law schools throughout the globe maintain an attrition rate as low as 15% but regardless, the difficulty looks to steadily increase with the onset of time. What this means is that every individual who has dreams of becoming a lawyer have to select the school they would like to attend with care and precision.

No matter a how great becoming a lawyer is or a chance to become a paralegal within the legal industry, their are various downfalls to both careers as a whole. Especially for lawyers because between the amount of finances they put into getting into the career they have always wanted, lack of employment and different roadblocks are bound to happen. These stresses can be very overwhelming at times and the drive it takes to become a lawyer can easily be lost. Therefore, even though it seems like a lucrative job on the surface, when further researched, many lose the interest and move-on to something else.

Those individuals who are desiring to become a part of the law field must take into account that they will give up a lot of themselves for an extended set period of time. Commitment is needed in great amounts and if you are not able to provide that type of commitment, it is most likely not the type of job that is for you. Those with the burning desire to help build a more sound judicial system and gain the type of lifestyle they have always wanted will need to put in the extra effort and care.

A Career That Rewards
Even though it can be difficult at times, becoming a lawyer or paralegal in the legal field can be amazingly rewarding and worth it. With the accumulation of career achievements, a person’s life will become greatly rich and satisfying. Think of what you can accomplish with a set mind towards bettering lives around us by allowing a high-degree of quality and consciousness towards creating equality, it just simply can’t get a whole lot better than that.