How to Claim for Personal Injury

Slander Vs Libel In The Work Place 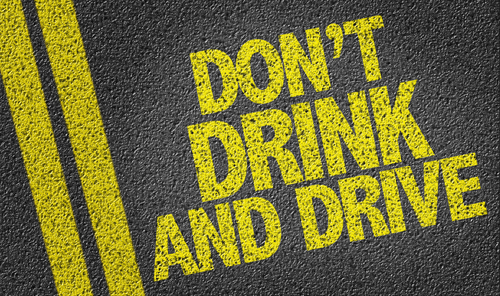 According to the Road-Traffic Act of Singapore, drink driving refers to a case whereby one drives a vehicle within the Singaporean borders while under the intoxicating effects of alcohol. It’s classified as a criminal offence under the country’s criminal code.

If you are arrested, taken to court and found guilty of violating the law, a court may impose the following forms of punishment:
1. Revoke your driving license for a long period of time.
2. Prescribe a jail time.
3. Impound your vehicle.
4. Ask you to pay a fine.
5. Force you to attend a treatment/ education program.
6. Compel you to undertake community service.

Drink driving
Are you aware that your capacity to react appropriately to emerging situations while driving can be affected if you consume a substantial amount alcohol? You may experience double/ blurred vision, slowed reflexes and/or impaired attention. Your precious life as well as those of others (passengers or pedestrians) can be lost or change completely if you choose to drive while drunk.

Dangerous range
In Singapore, a court of law can punish you even if the BAC hadn’t exceeded the legal limit at the time of your arrest. You’ll suffer the prescribed legal consequences if the breathalyzer test establishes that your blood-alcohol range reached or exceeded the dangerous range.

If you fall in this category and are found to have Blood-Alcohol Concentration above zero, you may suffer the following consequences:
a. Suspension of your driver’s license with immediate effect for at least 24 hours.
b. Upon conviction, the court may impose a 30-day suspension of your driver’s license as well as a substantial monetary fine.
The judge may also use his/her discretion to cancel your driving license. As a result, you’ll be forced to re-take all the required driving tests as well as pay any necessary fees.

Alcohol treatment and education programs
The court of law may compel you to enroll in an alcohol treatment and education program if :
1. You’d previously been convicted of a similar criminal offence.
2. If your driving license had previously been cancelled on the road-side by the police because of driving with extremely high BAC.

What are some of the safer alternatives to drink driving?
Every month, hundreds of people in Singapore are apprehended for driving while drunk. To avoid being arrested by traffic police officers as well as other consequences associated with drink driving, it’s important to do the following whenever you go out to drink:
a. Have a designated driver who’ll remain sober.
b. Stay at the recreation place until you sober up.
c. Park your vehicle in a safe place before drinking and then go back home using public means of transport.
d. Call a taxi driver or friend to drive you home.

When do you become suspect?
The alcohol level in an offender’s blood is the first factor that a court of law in Singapore will take into consideration. BAC is a primary consideration, whereas other mitigating or aggravating factors are considered secondary. Drink driving is classified under section 67 of the Road-Traffic Act of Singapore. It states that an individual is suspected to be guilty of the offence (drink driving) if, while attempting to or actually driving a vehicle on a public place such as a road, it’s established that he/she is incapable of properly controlling the vehicle due to alcohol consumption, or if the BAC in his blood/ breath goes beyond the prescribed limit. The stipulated limit is 80mg (milligrams) of alcohol for every 100ml (millilitres) of blood, or 35ug (micrograms) per 100ml (millilitres) of breath. Therefore, you may be found guilty of committing the offence if you are in control of your vehicle, but have gone beyond the prescribed alcohol limit, or vice versa.

Why you should hire a competent lawyer
Whenever you get arrested because of offences related to DWI (driving while impaired) or DUI (driving under alcohol influence), the first action you should take is to hire a lawyer who is competent and experienced in handling such offences. Hiring a competent DUI lawyer is important because he/she will effectively defend you before a court, thus: prevent the revocation of your driving license, prevent you from going to jail or retrieve an impounded vehicle.

A competent lawyer will also ensure that: you pay the minimum amount of fine, save you from mandatory enrolment in a treatment/ education program as well as save you from having to undertake many hours of community service. Being convicted of drink driving can affect your life in many ways. If you are a commercial driver, you may lose your job. If this happens, you’ll find it very difficult to secure another job as a driver. If you’re convicted, you may also suffer consequences such as: requirement to pay high insurance rates, embarrassment among friends/ family/ colleagues as well as other serious financial setbacks. Hiring a good lawyer to defend you in court is therefore very important.